A Question of Love

You are likely to have come across the following words at some point;

“For God so loved the world that He gave His only begotten Son, that whoever believes in Him should not perish but have everlasting life.”  (John 3v16)

They are found in the gospel of John in the Bible and come from the mouth of Jesus Himself.

This simple sentence contains a profound truth which has touched the hearts and transformed the lives of countless men and women since it was first expressed. 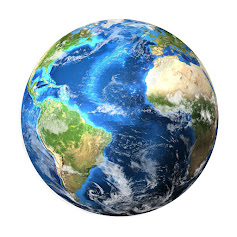 It starts by describing the love that God has for the world, which we understand to mean people - you and me.  Seeing that we were destined to “perish”, or die forever, He put together a plan to rescue us.  He had a human son, conceived with his mother Mary, and he would lead a life of complete obedience to God and then die a sinless death, the first and only person ever to do so. All who then believed in that son and were baptised (symbolically associating themselves with his death and subsequent resurrection) would be forgiven for their sins and granted eternal life, not now but in the Kingdom to come.

These are the “nuts and bolts” of the gospel message, but the sacrifice required to make this plan a reality was truly momentous.  God loved His son, Jesus, as any father would love his child.  To watch as they were taken and nailed to a cross to die without intervening, as He could easily have done, would have been unimaginably difficult.

It is simply staggering that the Creator of the universe, together with his only Son, would make such an enormous sacrifice to save us from eternal death and give us the opportunity to live forever.  These actions, and those words spoken so long ago, ask the question of all of us as to how we are going to respond.  Can we ignore such an unwarranted outpouring of love?