Can anything in life be certain?

It has been said that the only certain things in life are taxes and death. That’s a grim outlook even if was said tongue-in-cheek.

Supposing you were told something that was the ‘absolute truth’. In a post-modern world, can anything be said to be the truth? You may prefer to think of it as my version of the truth.

However, God has an unique perspective on things. He isn’t bound by the same limitations of our human condition—so when He says something will happen, we can be sure that it will happen. 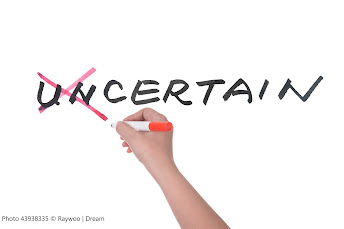 God can change uncertainty in our lives into certainty.

In an increasingly uncertain world, where predicting the future has become more difficult, it is a comfort to know that there are things which are stated as the absolute truth with 100% certainty that they will happen.

These things are not told us by well-meaning politicians or people doing their best, however well-meaning, but by the giver of life.

God says in Acts 3:19-21 that Jesus will return to the earth so that the earth— God’s creation—will be restored. There is no doubt, no room for debate about what God says—this will happen and God will make it happen.

To hear more on this, check out our presentation video on the subject ‘Certainty in an uncertain world’ on our YouTube channel.