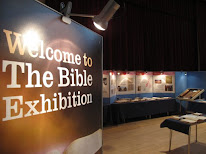 Our touring National Bible Exhibition is not open anywhere due to current restrictions but you can take a virtual tour with the added bonuses of being able to take as long as you like and having unlimited visits at times that suit you. It is an excellent resource where you can read each panel clearly and listen to the audio commentary if you chose to.
There is a huge amount of information under the general categories:
- Why we can trust the Bible
- What the Bible is all about
- Why we need the Bible
Follow this link to see the Virtual Bible Exhibition: https://thebibleexhibition.org/sample-page-2/virtual-tour/ 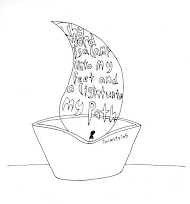 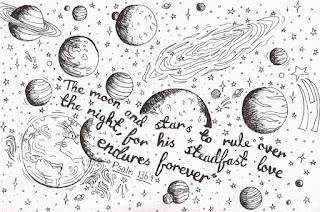 In these darkened days of restricted travel, unable to visit our favourite coast or country park, unable even to meet family, friends and attend gatherings, we may be tempted to look back at times less constricted, to look back, perhaps, at favourite holidays.

I think back to one such holiday, many years ago, spent on the Spanish Costa del Sol. But, before you begin to wonder if this is to become a ‘travelogue’, perhaps we can take a moment to consider Scripture, to recall the events recorded in Matthew 18 and verses 2, 3 and 4. There we read of the disciples, evidently having a conversation about who would be the greatest in The Kingdom of Heaven, approaching Jesus to ask the question.

Jesus’ response was to “call a little child” and to tell the disciples that, to enter the Kingdom, they needed to humble themselves as that little child.

That has puzzled me a little over the years - yes, I knew the message, I understood the rationale, but somehow, I never really related to it. Something further for me to consider perhaps, but for the moment, let’s go back to that holiday in Spain.

We were taking our twin grandsons - close to 18 months old - and our party consisted of Nan and Gramps, the twins of course - and their Mum and Dad. We had been able to reserve two, virtually adjacent apartments in a private complex some 100 metres from the sea-front. There was a sun-filled garden, partially shaded by trees and flowering shrubs, and a small swimming pool, but neither ever appeared crowded - and, whilst there were no ‘mad dogs’ in sight, there was a smattering of English, French and German tourists in the garden or on balconies, turning an indelicate shade of pink in the midday sun. We remained indoors whilst unpacking and settling in for the week ahead.

It was a pleasant holiday, memorable in many ways. On some days, I’d potter around the apartment, noting yet again that every tourist will bring a novel to read and then leave it on the shelf when departing. I collected some which had become really thumb-marked, to take to the local ‘swap-shop’ - but there is one book which never showed any sign of wear or tear - its pages remaining as white as they had for the 25 years the book had been in the apartment.

The highlight for Nan and Gramps came the last evening, when we generously suggested - without a thought of our own pleasure as you can imagine - that our son and daughter-in-law have an evening meal in one of the marina restaurants whilst we looked after the twins. Mum and Dad were delighted, Nan and Gramps even more so.

We decided to take the boys for an evening stroll along the promenade. It was a beautiful evening, the prom wide and relatively new, a low wall on one side overlooking the beach and sparkling sea - and a small kerb on the other side bordering a lush, grassy lawn running the entire length.

We had chosen a time when most of the tourists would be in their hotels or restaurants, having their evening meal, so the prom was not too busy. At first, the twins disagreed on direction of travel, Nan, Gramps and one lad, heading to the marina, the other heading in the opposite direction. Eventually, with much waltzing with him in my arms, we managed to disconnect his sense of direction and we all headed towards the marina.

The boys, independent as ever, wanted to walk on their own, they were steady on their feet but needed to balance themselves with ‘elbows out’ - and it was a case of ‘look out anyone in their way’. We scuttled along behind to make sure they were always (almost) within arm’s reach. That low wall appealed to one - a low wall is overly appealing when you can’t see over it - whilst the grass, much greener on the other side of the kerb, appealed to the other. Both were ‘no-go’ areas to us - the wall having a drop to the sand below whilst the lush grass was equally appealing to the cats which frequented the area late at night.

The prom began to get busier, walkers moving to one side to let the boys pass without incident - and then I spotted two Spanish ‘Grandees’ - 2 elderly ladies dressed from head to toe in black, heads protected from the evening sun by wide-brimmed hats, veils draped across their faces to protect their eyes. Of course, having the Spanish love for children - the Grandees stopped, bent slightly and spoke to the boys. They were stopped in their tracks - two strangers dressed in black, speaking some unknown language and looking at them through a veil was just too much. The boys turned simultaneously and, with a look of abject fear, ran to cling to our legs - one to Nan, the other to Gramps. We laughed, took them up in our arms and approached the Grandees. With our weak/limited Spanish, we told them “Yes, the boys are brothers” “Yes, they are twins” “No, we don’t dress them alike as each has his own identity” … well, words to that effect. That was followed by some polite chat and with a final “Buenas noches” - we went our separate ways.

The boys were lowered to the prom, and they gripped our hands firmly - for about a minute, maybe two - then broke free and resumed their ‘elbows out’ posture and charged ahead oblivious.

Returning to the apartment, Nan called the boys to get ready for a bath whilst I began putting bits and pieces to one side, ready for our early departure the next morning. Remember that pristine book I mentioned earlier? It was lying on the table. I picked it up to put back on the shelf - but paused for a moment to look at that verse in Matthew. And my thoughts were confirmed - our twin grandsons had shown me that, when faced by a fearful adversary, they knew they could turn instantly to Nan and Gramps, they knew they would then be safe.

Some may fear this current adversary, this Covid-19, they may fear its damage, its possible ultimate victory over those susceptible, but with our hand in God’s hand, we can face the adversary, we can get through it - we have a future beyond. And remember - Nan and Gramps hadn't withdrawn their hands from the twins and let go, just as God won’t let go of our hands - it’s we who may take our hand from God’s hand as we live our lives, with perhaps, a little less caution than we realise.

So, humbled by the power of this virus, humbled by the thought that our strength, our ability and success in life is ultimately totally inadequate, we can turn to take God’s hand, confident that He is there for us as we continue to walk steadfastly along the path towards the Kingdom.

Reasons to Believe in the Bible 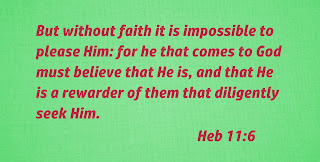 There are so many reasons to believe in the Bible!


If you would like to find out more about these reasons to believe, please feel free to visit our YouTube channel: Gorseinon Christadelphians.

Here is a direct link to the video presentation about Reasons to Believe in the Bible.

If you would like further information please email: info@bibleinfo.org.uk

God wants you in His Kingdom 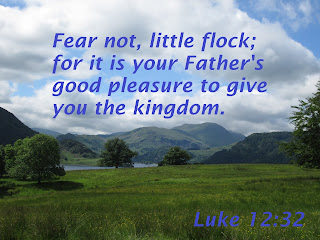 We are living in very unusual circumstances at the moment, most of us have never seen or heard of a time like this.  It can be worrying and distressing, particularly if loved ones are sick or pass away.  I have a strong faith in God and that is helpful and comforting during times of uncertainty and sadness.  Having faith doesn’t mean that we won’t get sick or suffer or even die prematurely but it does mean that I always have someone to talk to, someone who cares for me and loves me and always has time to listen - my heavenly Father. Jesus tells his disciples in Luke chapter 21 verse 18 that not a hair of their head will perish. If we read from verse 12 onwards, Jesus is telling them about all the difficulties that will come on them such as persecution, imprisonment, betrayal and even death.  He has their eternal well being at heart, just like his Father does.

Even though we will go through trials and hardship God and his son Jesus are always there with us, to bring us to God’s eternal kingdom.  This is my very real and certain hope for the future beyond this life.  God tells us in the Bible in the book of Ecclesiastes chapter 3 verse 11 that he has set eternity in the human heart.  This explains why humans find it natural to believe in something beyond this life.  If we read God’s word we can learn what this eternity is; it’s very real and coming to the earth soon.  This kingdom will be like no other, it will be ruled over by Christ in peace and with perfect judgment.  There will be no more suffering, sadness, tears or death as we can read in passages like Revelation chapter 21 verse 4, a personal favourite of mine.

God has invited everyone to be a part of this kingdom; he wants you and me to be there as Jesus says in Luke chapter 12 verse 32.  In order to take up God’s invitation there is a responsibility on our part - we must read, understand and have faith and then express this understanding in repentance and baptism.  In Mark chapter 16 verse 16 Jesus tells us that whoever believes and is baptised will be saved.  Now would be a good time to read your Bible and get to know your heavenly Father and Jesus, His son, who died for you.  If you would like further help or resources to read and understand the Bible yourself you may like to look at the following:

There is HOPE for this hopeless world 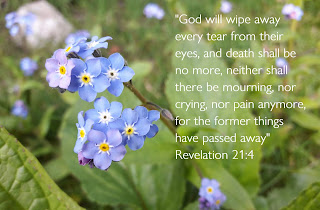 Due to current circumstances, with the measures in place to reduce the spread of the coronavirus, Gorseinon Christadelphians are not currently meeting at our hall for Bible study classes and Sunday services.  All meetings are now being held online or by other means.

These are unprecedented times, creating a lot of anxiety and uncertainty.  As a Christadelphian community, we believe that all things are ultimately in God’s hands.  Though for now there is a period of great distress on this earth, there will come a time when all things will be made new.

Please don't hesitate to get in contact with us if you ever want to talk about the message of HOPE contained within God's Word.

You may have set yourself many different goals in the past and wondered why some of them were so hard to keep… the trick is to set out some realistic and achievable steps to follow.  If you do this, you will find it much easier to keep to your goal.

Here are 5 steps to help you achieve your new goal:
‘Receive the word with all readiness of mind… search the scriptures daily’ - Acts 17v11

The FREE Bible Reading Planner suggests a chapter for each day and includes helpful notes.